Mobile apps have been at the center of innovation for quite a few years now. With the ever-growing market, upcoming modern technologies, and evolving customer behavior, mobile applications are helping businesses stay relevant and competitive. Some of the most popular apps are making life simpler for millions around the world.

eMarketer estimates that US adults will spend, on average, more than 4 hours with mobile internet, with 88% of that time within apps.

If businesses want to ensure good engagement from mobile, they need to develop their own apps and offer a unique User Experience. Given the digital world’s present state, several apps are being released every day on the app store. These mobile apps are available to download depending upon purposes such as business, lifestyle, entertainment, education, games, and others to make life easier and comfortable.

Unfortunately, most downloaded apps fail, some of them fare mediocrely, and only a few of them stand out from the crowd by being exclusive and useful to the users. And, these outstanding and most popular apps are the ones that bring about a digital revolution.

What are the Most Popular Apps in 2021

To help you develop a mobile app that stands out from the competition, we have collated the most popular and top installed apps that inspire businesses to continuously innovate and grow.

Uber is the world’s leading on-demand cab service app for riders, which is being accessed by more than 103 million active users in 400 cities across 70 different countries. Uber is a technology-based platform that connects together the riders and drivers.

One of the most used apps in the world, Uber helps users fetch a ride without having to wait for long. By incorporating Google Maps into their apps, they show the user as well as the driver the exact location at the time of booking, and the estimated time to reach the pick-up point and the destination.

Instagram offers people an easy way to connect through images and videos. The networking site is among the popular mobile apps that has steadily gained prominence with relentless development since it first appeared in 2010. The app presents a spectrum of social media opportunities when it comes to digital marketing through ads and tools.

Instagram has over the years grown to become one of the most popular apps and added features such as stories, highlights, and reels; it is also recommended that you use hashtags to explore better. With more than a billion monthly active users, it is much more powerful when compared to Facebook and Twitter. From news to entertainment and health to beauty, Instagram has tons of images on a vast array of subjects. Marketers are increasingly favoring the platform since it promises better ROI for their business.

TikTok is a popular app, built by the Beijing-based firm ByteDance, for creating and sharing short videos set to music. The most popular genres on the platform are lip-synching and dancing. Most creators use it as a medium for viral “challenges”, to emote famous monologues from movies and TV, and produce clever illusions through editing.

ik Tok’s rise in popularity can be judged from the fact that the daily time spent on the app is an average of 52 minutes per day and 90% of them access it on a daily basis. TikTok’s parent company, ByteDance, has now become one of the world’s most highly valued startups.

Airbnb is an accommodation booking app that helps users plan their holidays with the locals.

While the aggregating platform also lists apartments and boutique stays, the primary idea is to encourage homestays with the city locals. Airbnb has a global presence, with millions of users opening their homes to tourists.

With the help of technology, Airbnb has built an exceptionally user-friendly app that increases the ease of booking online. Users can look for suitable accommodation using several filters and also explore activities to do in the region. With options ranging from villas to private rooms and shared spaces, Airbnb has proved to be a popular choice for leisure and business travelers.

Netflix is a subscription-based video-on-demand app. It is the world’s foremost subscription Over the Top (OTT) media service for users to watch movies, TV shows, and documentaries on multiple devices, including mobile. This app consistently updates its huge inventory of films with the latest and acclaimed movies and shows across many genres. The availability of interesting content and exclusive phone subscription has made Netflix among the top popular phone apps among millennials.

At the ned of 2020, Netflix had over 204 million paying subscribers, and 47% of Americans prefer Netflix over any other video streaming service. With the pandemic restricting the majority of the population to their homes, Netflix has seen a significant spike in sign-ups and viewership through the lockdown to become one of the most downloaded apps 2021.

Amazon is one of the biggest multinational tech giants that offers digital streaming, cloud computing, eCommerce, and Artificial Intelligence (AI). It is a perfect example of innovation through technology. In the commerce segment, Amazon has established many unique processes that have created exceptional value for its customers, cashless stores being one of them. The app is light, as well as fast to use. It enables you to search and filter an extensive variety of products on different parameters with only a few taps.

The Amazon eCommerce app offers a seamless shopping experience along with simplified checkout, fastest delivery options and easy navigation. And you even get the latest updates about your order status. There are roughly 25,000 sellers on Amazon with more than $1 million in sales, and 200,000 sellers with more than $100,000 in sales.

YouTube is considered the world’s most favorite video platform, for the people, and by the people. One of the most successful apps, it is a treasure trove of news and entertainment, it helps millions of creators, shoot and share unique content with their audience. The YouTube mobile app lets users subscribe to videos and also updates them with the most relevant and trending content on the platform. Signing into YouTube on mobile phones allows users to access channel subscriptions, get regular notifications, and recommendations.

Dropbox is a reliable and well-designed cloud storage app that functions admirably on multiple gadgets. It helps in sharing files within a team or group. You can even comment on documents you have shared with other people, and browse everything that you have stored online.

A major advantage of Dropbox is that it can integrate with every other app and web service available without any compatibility issues. Dropbox also does not have a file-size limit for uploads through the desktop application or mobile apps. In the first quarter of 2020, Dropbox’s paying users ended at 14.6 million, as compared to 13.2 million for the same period last year.

Spotify is one of the most popular apps in the music space and earns the top spot among popular music streaming apps. It has consistently upgraded its mobile app design, streaming quality, and music sharing capability. The app has an ad-supported free version, whereas the Spotify premium membership removes ads and gives additional features like offline mode for songs download when you are unable to stream.

Spotify app is available in 61 countries, has 159 million active users, and a library of 35 million songs. Additionally, Spotify also offers podcasts and has grown to be the biggest streaming platform in the world.

Launched in 2009 by Brian Acton and Jan Koum, and sold to Facebook for $19 billion in 2014, Whatsapp is on probably everyone’s smartphone today. One of the top apps and widely used chat applications, it also supports communication between international phone networks. Among the most popular messaging apps, it currently has more than 1.5 billion users worldwide. Also, it is end-to-end encrypted, thus favored by people in countries where security may be a major concern.

The app has a robust presence in 180 out of the 193 countries in the world, which is the largest share among all messaging and social networks. WhatsApp can be also used for audio and video calls and has introduced a status update feature for its users. 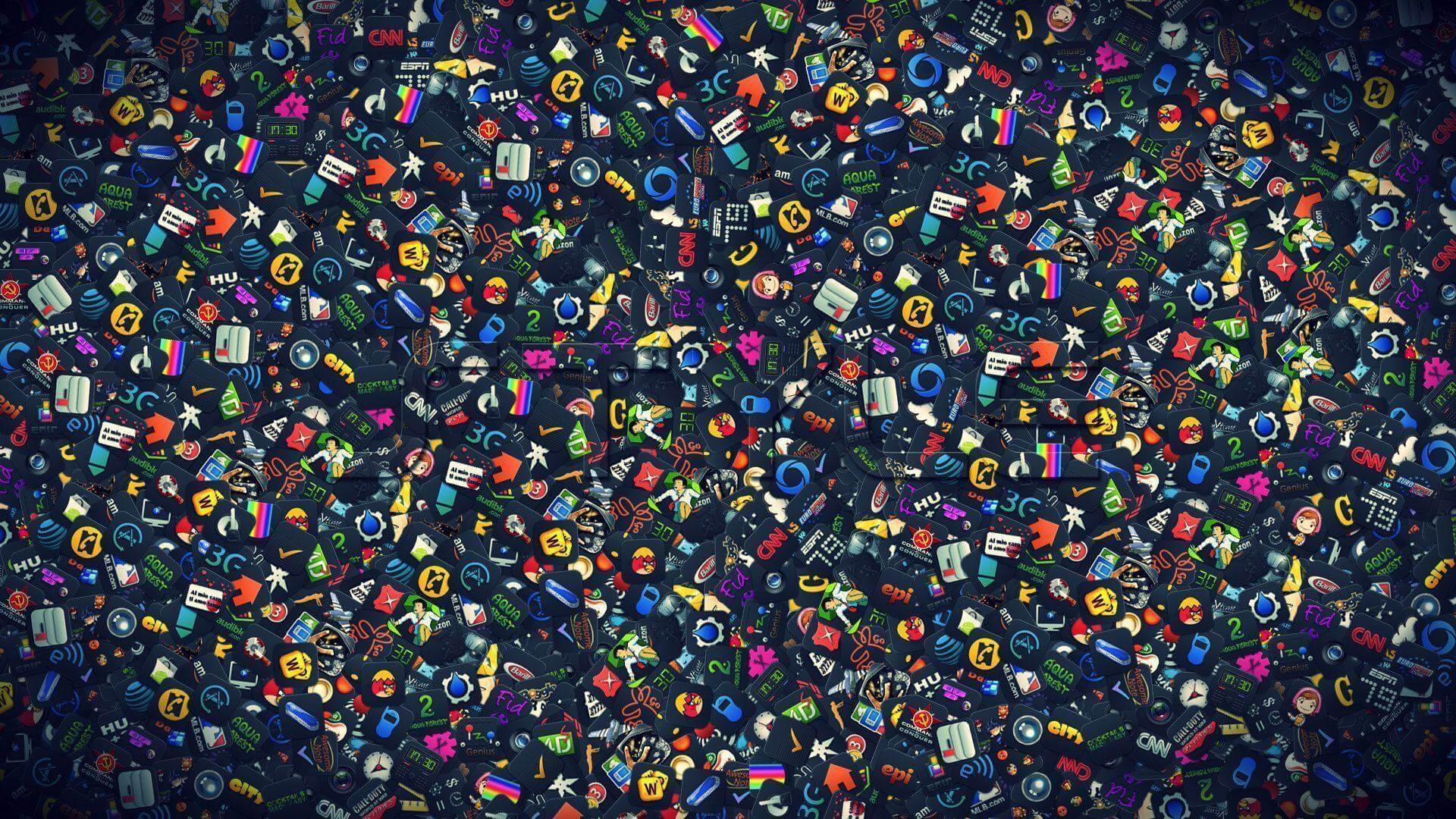